It was the first time for me going to CES and it was overwhelmingly educational. There were many booths to explore and speaker/panel tracks with talks to attend. It’s nearly impossible to explore a CES convention in one day. CES was also celebrating their 50th anniversary since their first convention started in 1967. There were exhibits that had technology products from the past, like Walkman’s, blank discs, disks, and tapes, which was magnetic media that was used instead of solid state memory that is used now. As well as a Compaq SLT Laptop that was the “first” modern laptop to be released that was at an MSRP of $5400 – $6000! 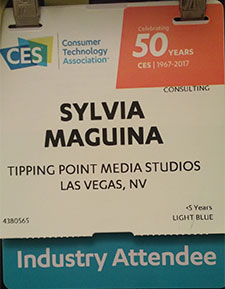 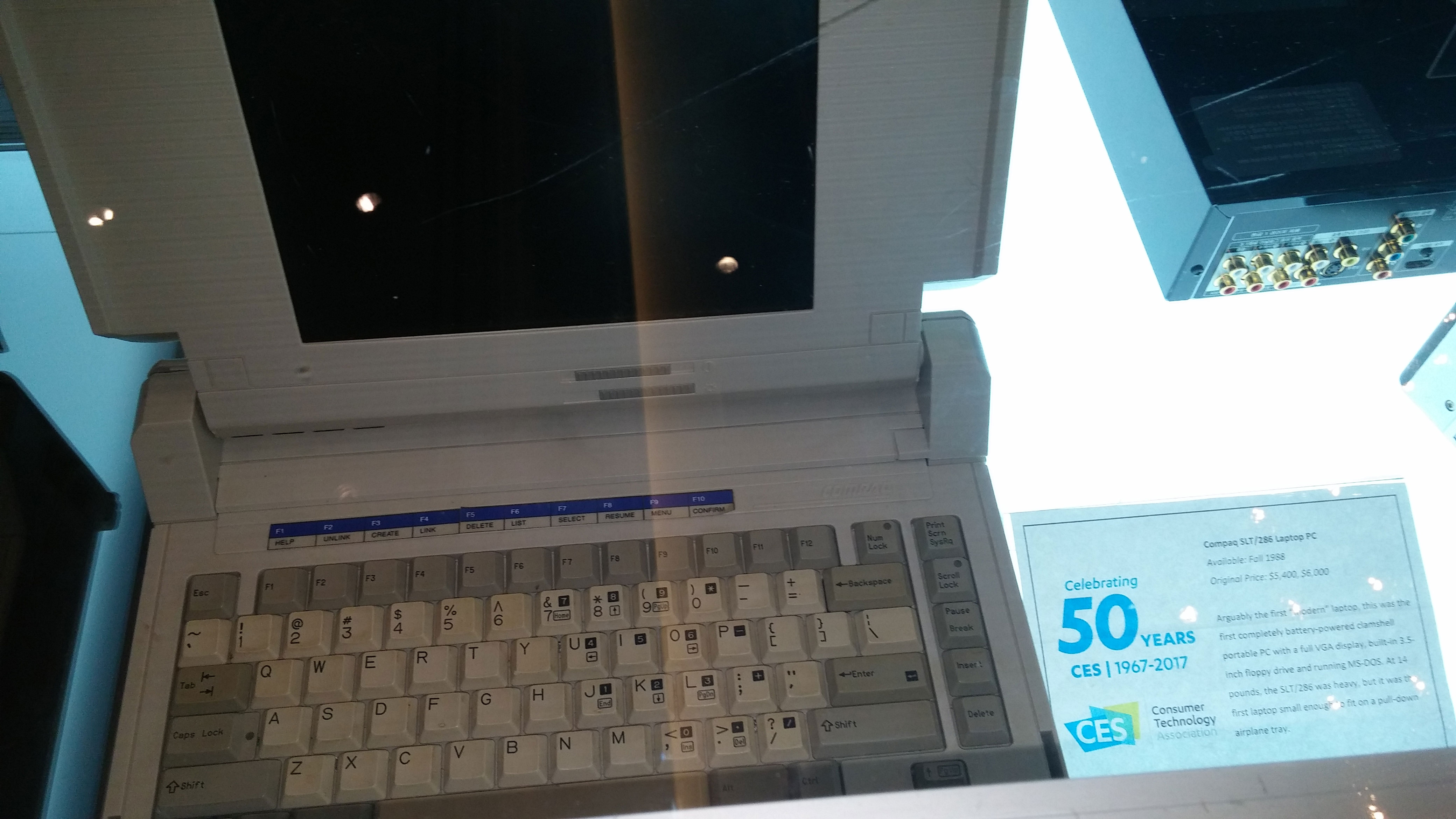 There were also display of products that were given the 2017 Innovation Award Honoree titles. Some of these products were categorized into different sections, such as for smart home technology, tech health & beauty, home audio/video components and accessories, and home appliances. There were unexpected things I saw that were innovated into IoT such as hair brushes, toothbrushes, smart beds and a DIY Brew machine. There were also products like iPhone cases that reduces dropped calls and radiation, and Macbook cases that prevent the laptop from any type of collisional damage. And, of course, the world’s widest curved All-in-One Desktop by HP – it was quite a sexy screen! If I were to list all of the things I saw, it would take hours! 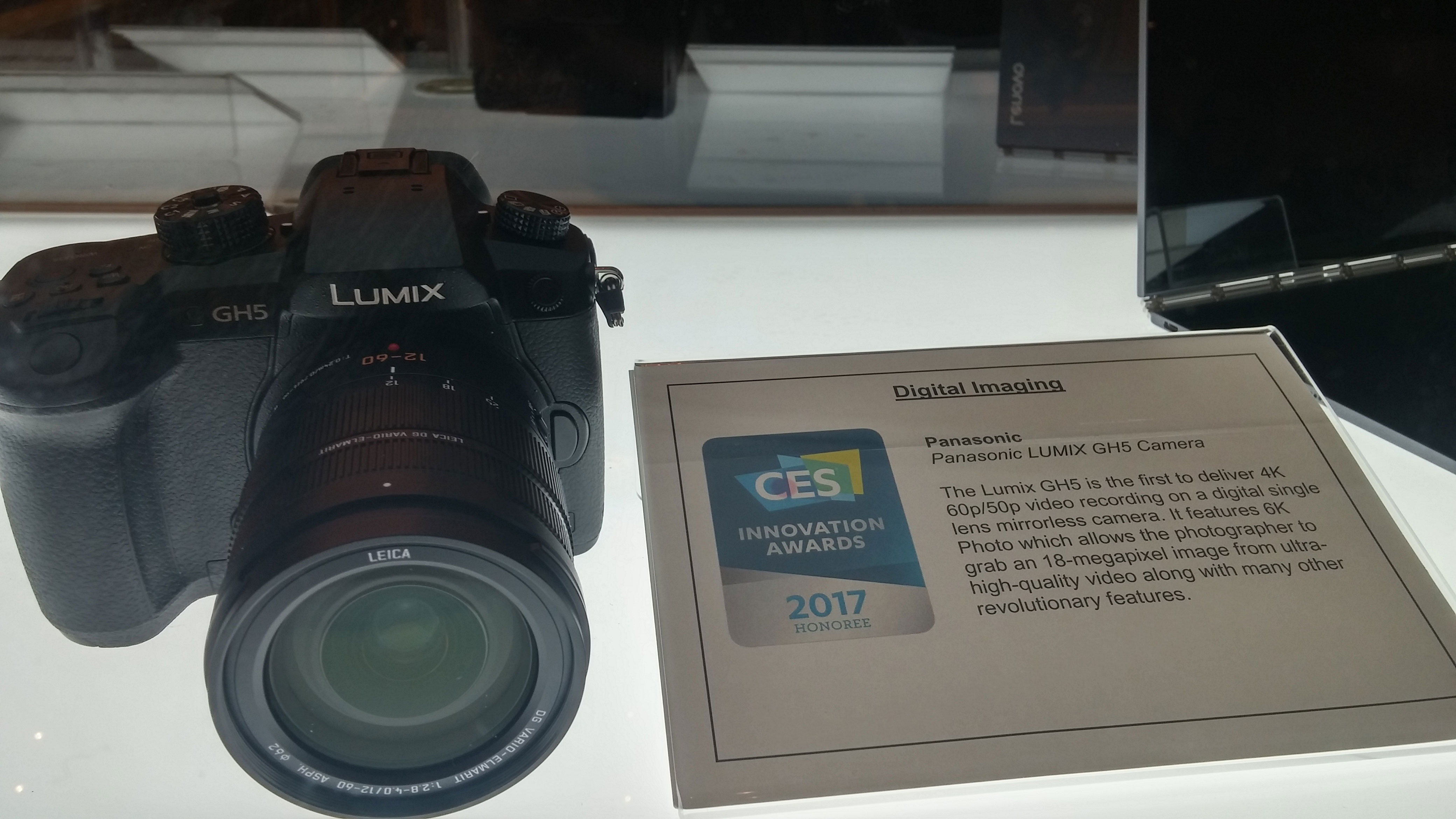 I also attended some of the talks being done by innovation leaders in the Wearables and Tech Education space. I found it very appropriate to listen in on the talks being done within the online education industry, since here at Tipping Point Media we’re all about creating the best coding tutorials out there in front-end development and UX Design. It was pretty amazing to hear speeches from industry leaders such as the Principal from Phoenix Coding Academy (the country’s first public high school with a focus on software development), an Education Evangelist for Google Education, and the creator of the Nebo myScript app. I think out of all the talks done, my favorite was from the Education Evangelist of Google Education, Jaime Casap, on how cloud computing is changing education. 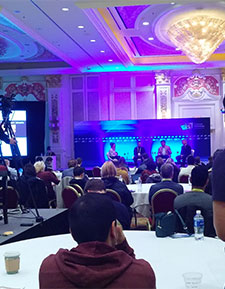 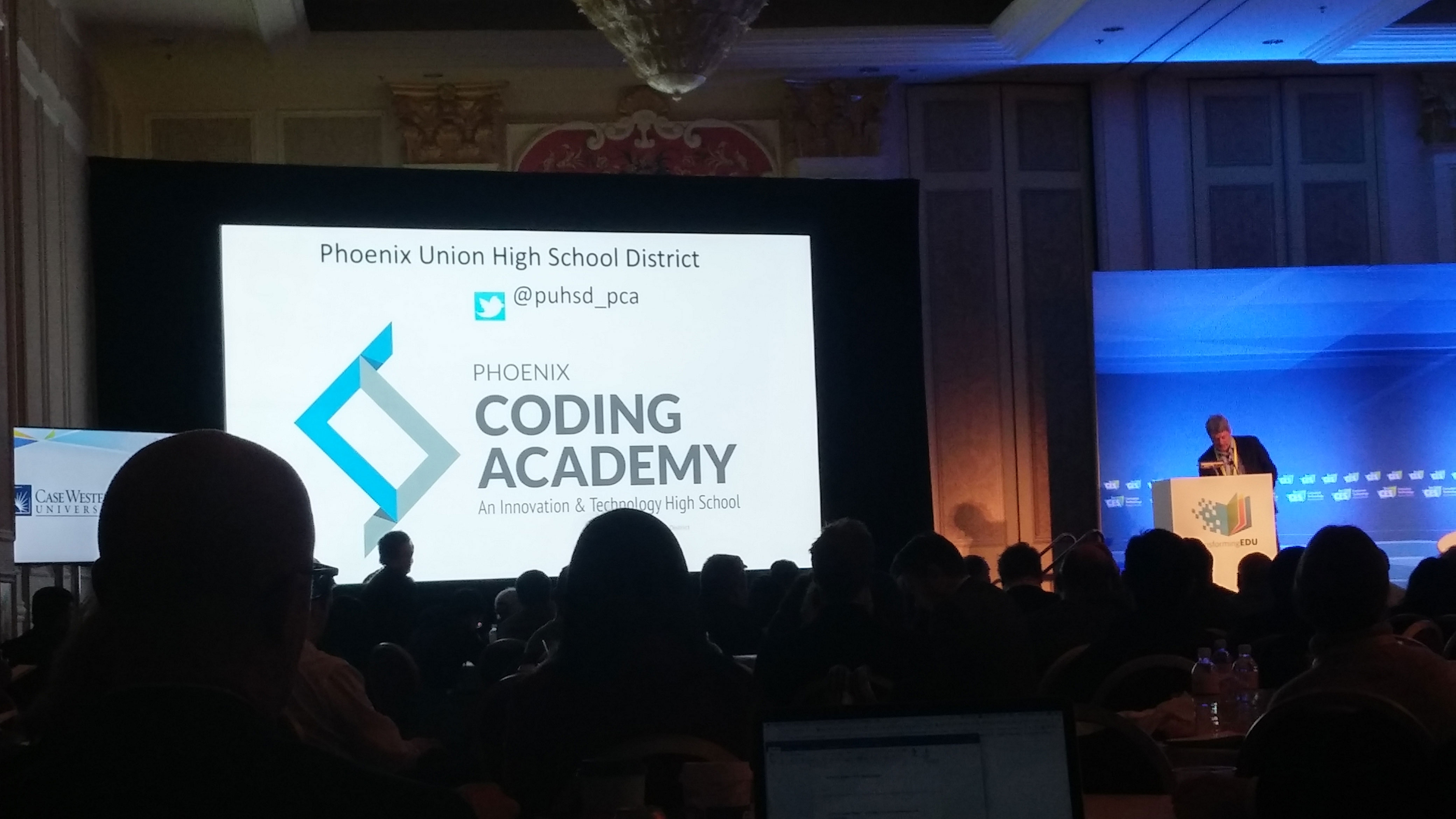 In his talk, he explained how it’s important to understand how the growing accessibility of education on the cloud is changing how we need to teach kids or adults. Some kids grow up becoming disengaged from school because they are being taught the old ways of learning (i.e reading from a book, teacher using only the whiteboard to explain concepts, etc.) Now there are new ways of engaging both kids and adult learners and it is up to us to facilitate that. For instance, some kids do better learning from an engaging UI-friendly experience with visual games on tablets, and others are better doing a self-paced, online program with an interactive community of students and video tutorials. He said that we keep asking kids the question, “What will you be when you grow up?” and that the right question to ask is rather “What problem will you solve?”. That is the direction that the world is growing as we have every ability to learn and solve whichever problem that we have the drive and motivation to learn how to solve. 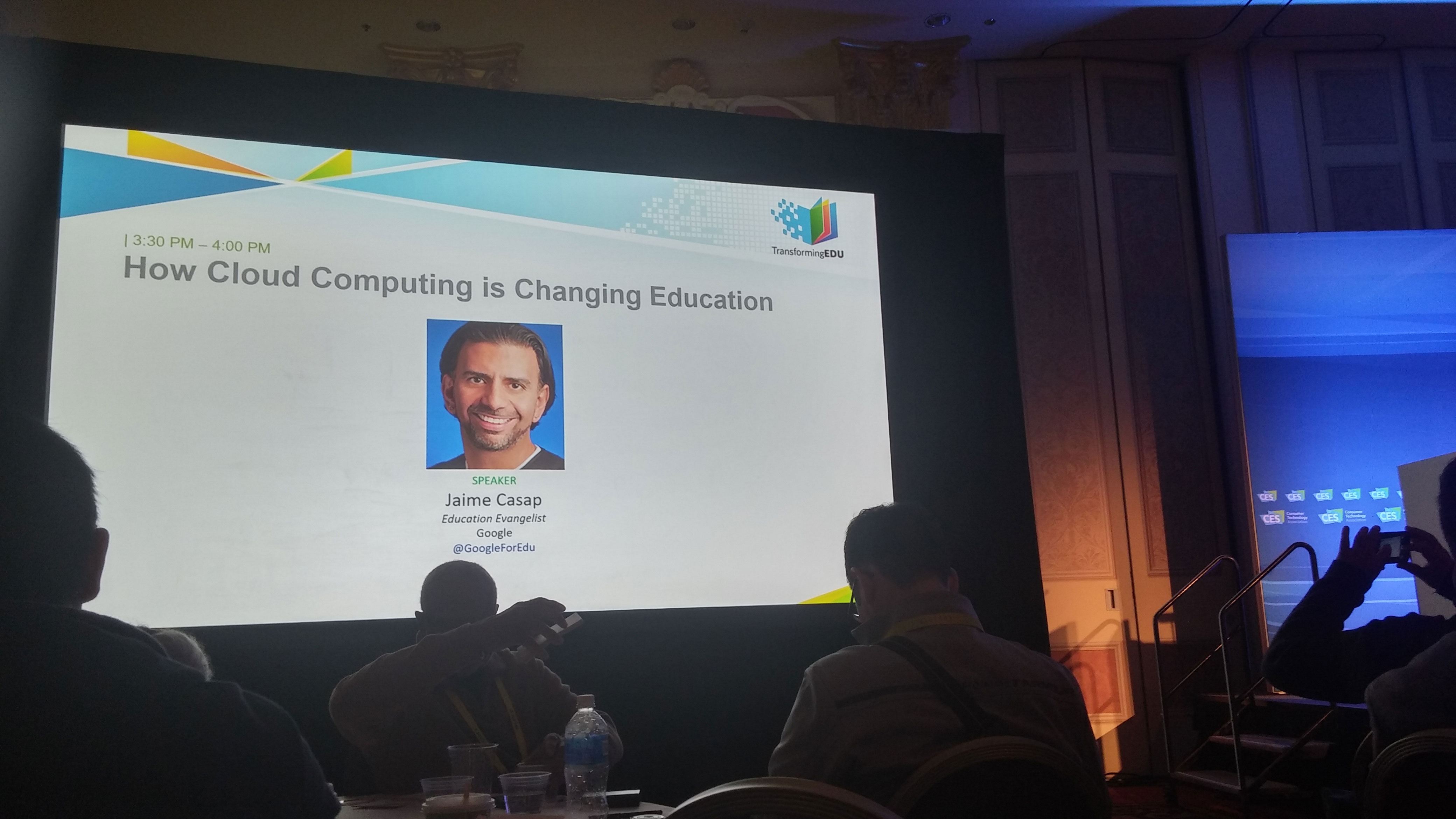 Overall, I learned tons of new insight in the Tech Ed space and gained a better understanding of what kind of innovative products are being produced for consumers today. It’s an enormous conference to attend that is hard to squeeze in on one day. But if I were to go back, I’d probably explore the automotive space with self-driving cars, 3D Printing, and Virtual Reality exhibit spaces. The conference was separated into three different sections of the Las Vegas Strip (i.e Las Vegas Convention Center, the Venetian, and the Aria). The only space I explored that day was the Venetian, so I have missed tons of other exhibits and sections of the conference. I highly recommend checking it out if you’re at all into the latest and greatest products being built out there by innovators and startup leaders, as well as what the most innovative corporations are doing these days in their fields.

What I Wish I Knew as a Bootcamp Student